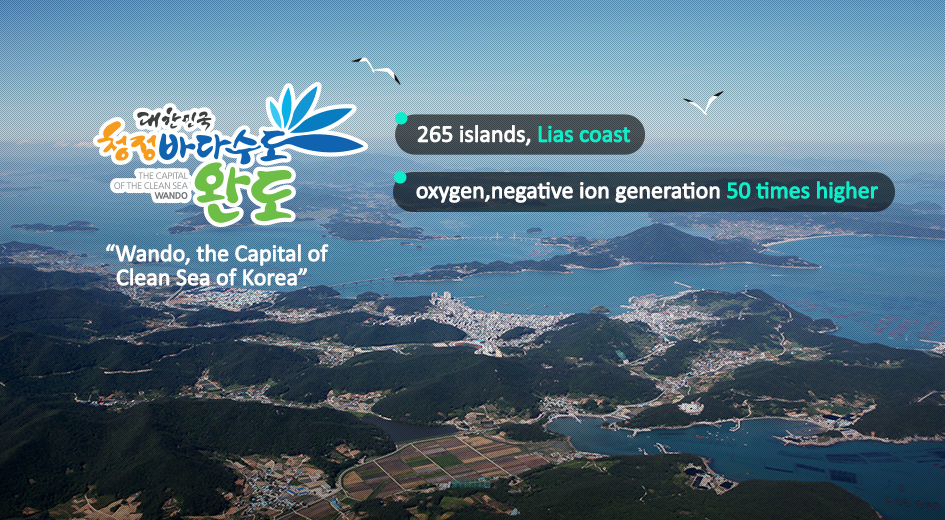 Waters of Wando are purified by the foreshore, seaweed forest, elvan rocks and saltpeter into clean sea and seaweed produced in these clean waters boasts freshest taste.

Wando-gun, located at the far South of the Korean peninsula is an island group of 265 (55 manned, 210 unmanned) small and large islands, and is one of the six major islands of Korea. It is located northeast to Goheung-gun and Yeosu-si, northwest to Haenam-gun and Gangjin-gun, and Bukjeju-gun in Jeju Island to the south bordering the sea.

Wando has a warm and moist climate, clear distinction between four seasons with shorter spring and autumn and longer summer and winter.

Crable of Historical and Cultural Assets