Sea with forest of seaweed in foreshore of rias coast

Wando-gun in Korea is formed by 265 small and large islands. Its lias beach is formed by foreshore and seaweeds and elvan rocks and saltpeter are under the sea contributing to abundant nutritious minerals giving nutrition to 2,200 types of sea organisms the fewest in Korea.

Based on the hevenly natural conditions, '2017 Korea Wando Seaweed Exhibition' is planned to be held for 24 days in Friday 14 April 2017-Sunday 7 May 2017 in Wando, the capital of clean waters of Korea under the theme 'promise of seaweed, challenge to the future!"'Seaweed themed international exhibition' will create an opportunity to look at the past, current and future of seaweeds including laver, sea mustard, kelp and fusiformes that are appraised as healthy food.

This exhibition will be a site of exchanging the ecological and food nutrition values of seaweed, potentials of developing into future industry and other various information and technology as an industrial fair focused on businesses participated by around 150 seaweed related companies and institutions from around 20 countries. Also, this exhibition will become a place of expanding the consumer market for seaweed in and out of Korea and searching for new added values as a national future growth driving industry such as new materials, new drugs and bio-energy.

The view point on Beombawi offering a panoramin view over Cheongsando is also famous for high spirit.

Admiral Chang PoGo, approximately 1,200 years ago, built a camp in Wando to gain control of marine trade force and established the trade route with China and Japan. He was a politician based on the belief 'person who conquers the sea conquers the world', a trader, a navigator and a military strategist.

Chang PoGo was originally from Wando, Silla. He built Cheonghaejin in Wando and managed the international marine trae between Silla, Tang and Japan and spread the dignity of marine King. Jang built Beophwawon in Jeoksan in Seokdo, Sanghwangbong in Wando and Jeju as a long-cherished desire to build buddhist temples.

Since 2016, Wando-gun has been awarding "Chang PoGo Award" to entrepreneurs as 'Today's Chang PoGo' to appreciate the spreading of marine explosing spirit and challenging spirit of Chang PoGo.

In 2016, the grand award (by chairman of national assembly) went to Bong-gyu Cha (Zhejiang, China), award of excellency (by Minister of Trade, Industry and Enegy) went to Yeon-su Lee (New Zealand) and award of excellency (by Minister of Maritime Affairs and Fisheries) went to Young-sik Jang (Japan). Chang PoGo Memorial Center is planning to hold a special exhibition to promote and display the awards.

He is a man of Wando who was born and grew up in Wando.

Looking at his sincerity and endurance that does not give up in the midst of difficult conditions, people call him tank.

Starting to play golf as an age of 17, Choi is now shoulder to shoulder with internationally known players. He has raised the dignity of Korea by accomplishing the most wins as an Asian after winning total 8 times from PGA tour. 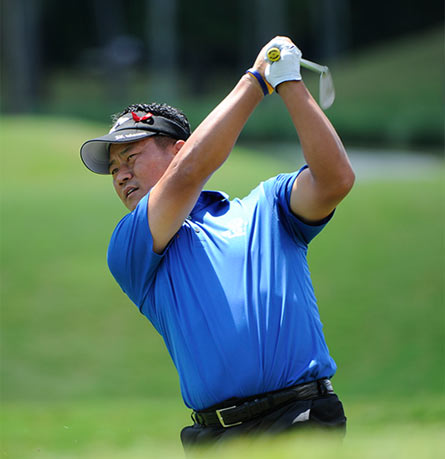