"Renewing myself on this island"

Being the only region to be named 'Saengil' in Korea, a large birthday cake sculture welcomes visitors getting down from the passenger ship. Every day is birthday in Saengildo. The coastal road forms magnificent view with linden trees, silver magnolia and camellia, and the entire island is filled with evergreens.

Wherever your steps take you including cozy beach and 'Hakseoam' where auspicious cultural asset cranes stay, you will see picturesque scenery. Also, the unique traditional culture on island including Dangje that enshrines 'Mabang Grandmother' who protects the horses visiting to take rest en route from Jeju Island, Pungeoje in Seoseong Village, Dangsanje in Geumgok Village and Yonghwangje in Yongchul Village is well preserved.

A shrine was built to prevent disaster after frequent accidents in Geumil. It was named Hakseoam after the shape of mountain resembling a crane.

Located on the west of Baekunsan Mountain on Saengil Island, this place is where the broken shells are piled up. Walking along the white sand, it will be soft as a sponge.

The mountain is high and offers splendid view over the ocean, hence it is good for trekking. Standing on the summit on a clear day, you will see as far South as Jeju Island.

Located on the west of Baekunsan Mountain on Saengil Island, this place is where the broken shells are piled up. Walking along the white sand, it will be soft as a sponge. You will easily see the extraordinary view of thick evergreens of silver magnolia, Siebold’s chinquapin and camellia in a strip of 100m width and 1.2km length and wild goats playing on the beach. Holiday goers can even purchase wild goats from the town. As the village has been developed recently, convenience facilities are somewhat insufficient, but with quiet and clean environment, it is suitable for families.

How to get to Saengildo Island 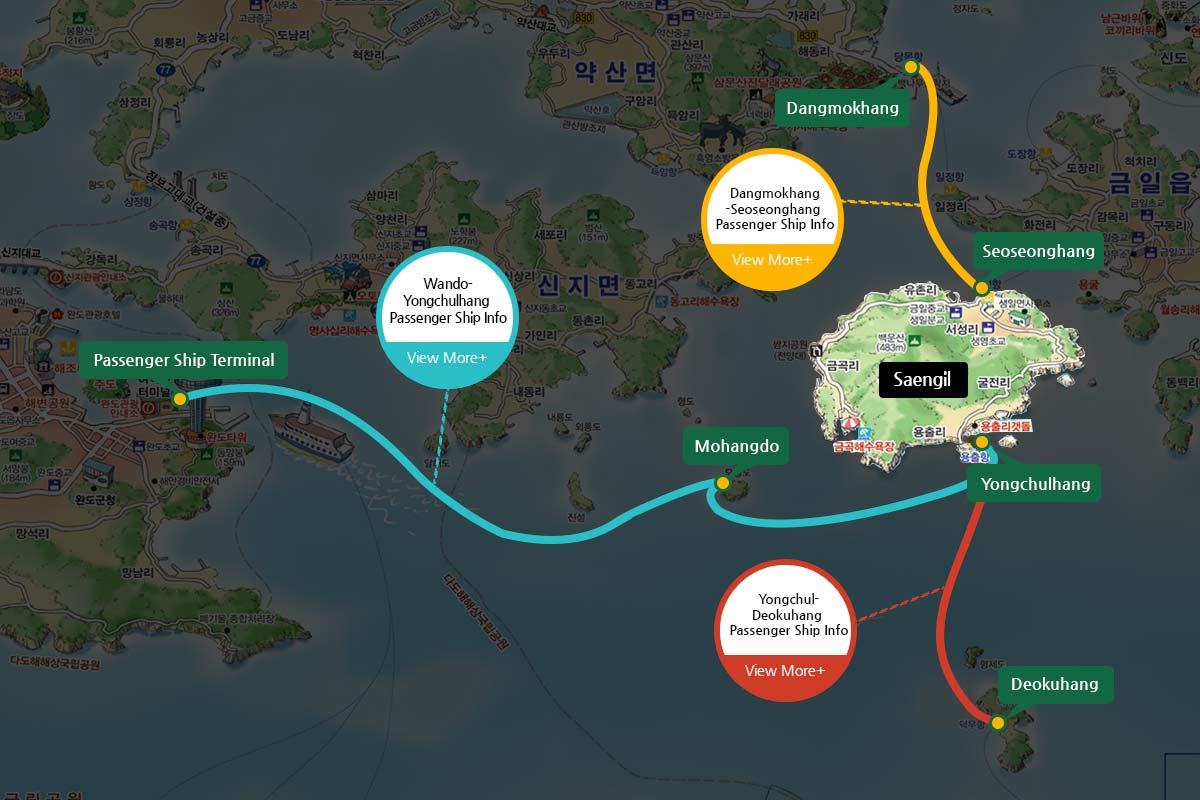 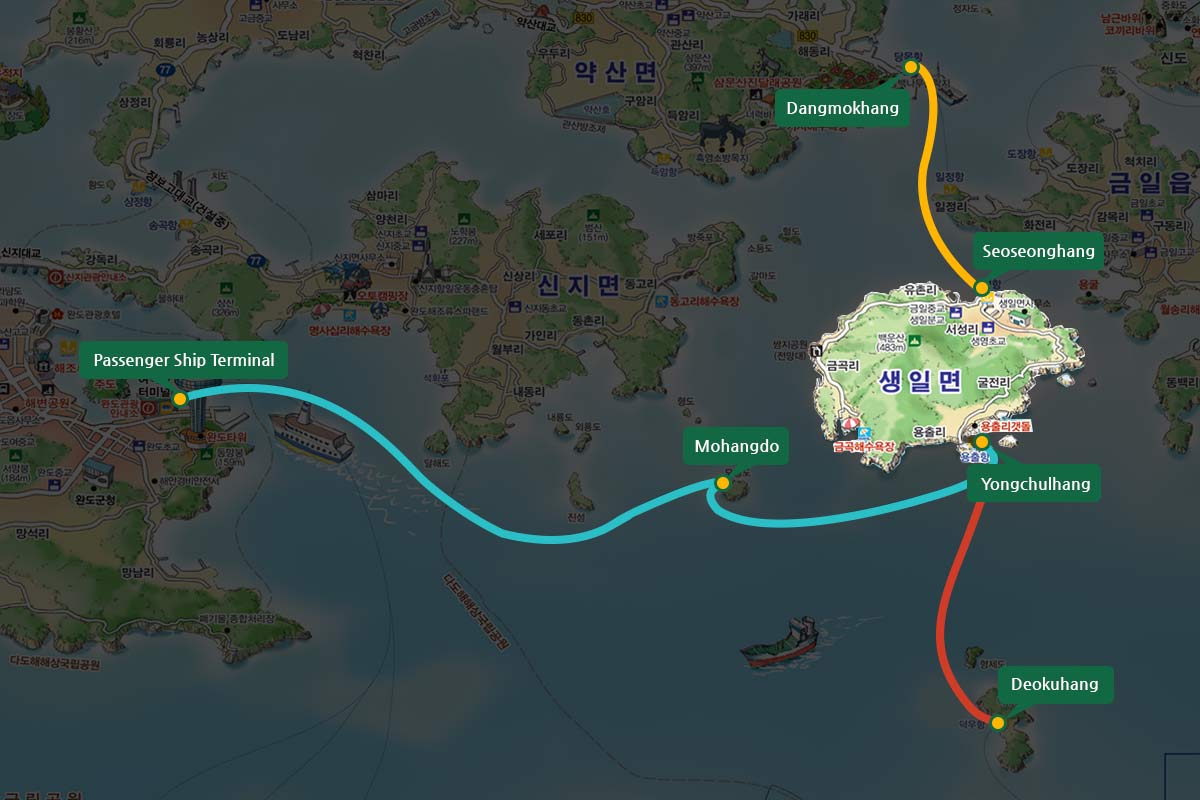